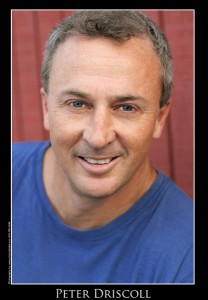 Actor, CEO, Sportsman, Adventurer, Peter does it all

The idea of acting first came to Peter while he was working on a construction site 5 years ago; a man approached him and exclaimed “You should really be in Hollywood!” This comment stuck in Peter’s mind, as it wasn’t the first time he’d heard such a suggestion…

Shortly after this encounter, Peter was sitting in the waiting room at the dentist, casually flipping through a magazine when he came across a quiz ‘What career path best suits your personality?’ ironically the two answers that came back were CEO and Actor. Having already accomplished the former, it occurred to Peter that is may be time to give the latter a go.

Without too much thought, Peter enrolled in an extras agency and managed to receive a job the very next day. His role as a paparazzi impressed the client so much and they called the extras agency to sing his praises – the extra agency decided to pay for Peter’s very first 12 week acting course. The gentleman who ran the acting course was in the process of creating a new show on SBS TV in Australia and similarly impressed with Peter’s talent cast Peter, where appeared in 8 episodes of its TV series and the rest as they say is history.

Peter then ventured abroad to Hollywood, where he completed an acting course in this course a woman that Peter paired with to do an acting exercise and whom Peter believed to be another actor in training, again noticed Peter’s talent. The woman was actually a manager scouting for new talent. This encounter led Peter to also be picked up by an agency in Hollywood.

From that first acting course onwards, Peters acting career has been an organic progression leading him from one great opportunity to another. Peter has always considered himself to be an ordinary guy having an extraordinary life. One of his favourite quotes is “Life is either a daring adventure or nothing at all” and Peter’s acting journey and life continue to be just this.

He is personable, passionate and persistent in achieving his goals and aspirations, hence his very impressive resume. Peter is constantly exploring new acting opportunities and happy to travel abroad for work.