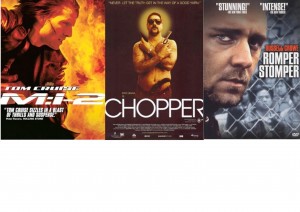 Spent yesterday working with the ever generous Greg Apps.

Greg also made the decision to cast the captivating Eric Bana in what I consider his best role as Chopper Read in the movie “Chopper” . Greg also was the casting director “Gettin Square” which saw the emergence of a very young Sam Worthington and one of my favourite roles played by David Wenham.

Greg  Fox Studios cast the first US feature out of the  Fox Studios when it opened in Sydney “Mission: Impossible II” for Paramount starring Tom Cruise and directed by John Woo.

In 2012 to 2013 Greg cast multiple telefeatures including, Channel 7 “The Killing Field”, starring Rebecca Gibney and the Goalpost production “An Accidental Soldier” directed by Rachel Ward, which has been nominated for multiple AACTA awards for the ceremony in 2014.

This was followed shortly by feature film “Felony”, written by and starring Joel Edgerton, with fast up and coming star Jai Courtney (A Good Day to Die Hard) and Academy Award nominee, Tom Wilkinson. Matthew Saville directed the feature, which received accolades at Toronto International Film Festival. It is set for a mid-2014 release.